Discover the magic of celebrating the Christmas period in Italy

Honoring the traditions throughout our Group and markets, for this edition of our Newsletter we choose to highlight the Christmas traditions of our home market, Italy.

Christmas celebrations in Italy and around the world are not the same: while in some countries the Christmas period begins and ends in the days immediately before and after the 25th of December, in the "Belpaese" (the classical poetic appellative for Italy, meaning "the beautiful country"), the Christmas period starts exactly on the 8th of December and ends no sooner than the 6th of January. From North to South, Italy offers unique and magical moments during the most festive time of the year among light shows and ancient traditions.

Let's begin discovering these traditions by looking at the preeminent symbols of this festive period: the Christmas tree and the Nativity scene. Although the tree has ancient roots, it only appeared in Italy in the second half of the nineteenth century thanks to the Queen Margherita of Savoy who had one decorated tree in the Quirinale Palace in Rome, in turn launching a fashionable trend that quickly spread throughout the peninsula. The birth of the nativity scene, as we know it, is the work of St. Francis of Assisi around the year 1200. The first nativity scene in the world, with classic wooden statuettes representing the Holy Family, is currently kept in the Basilica of Santa Maria Maggiore in Rome. Many artists in Italy have tested their skills of making wooden or terracotta figurines and, even today, the master nativity scene makers, arguably beyond compare, are those from Naples.

Continuing with the traditions of this festive period, one mustn’t forget to mention the cuisine. In this context, Italy is divided between those who give more importance to the Christmas Eve dinner and those who favor Christmas lunch more. In the central and southern part of the country, the celebration of Christmas Eve is more solemn, with a "Cenone" (big dinner) strictly based on fish. On the other hand, in the North, the tradition is to have lunch on Christmas Day with a menu mainly comprised of meat. However, one constant found on all Italian tables is dried fruit and sweets such as "panettone", "pandoro" and "torrone".

"Panettone" is a Milanese dessert. Some say it is mentioned as early as the year 1200, but its history is lost between legend and reality. It is said that it originated during one of the Christmas Eve celebrations of that time, where a domed cake containing grapes was prepared. During the cooking process, the cake burnt, and the cook panicked. A helper named Toni suggested serving the domed bread anyway, presenting it as a specialty with a crust. The guests liked it so much that the "pan de Toni" was born.

"Pandoro" has Veronese origins. The traditional recipe is a nineteenth-century evolution of a cake called 'Pan de Oro' at the time, which was served for aristocrats. At the end of the 1800s, Domenico Melegatti filed the recipe with the patent office. However, the eight-pointed star shape, is the work of the impressionist painter Angelo Dall'Oca Bianca.

"Torrone", another typical Christmas sweet made from roasted hazelnuts or almonds, has more ancient origins. In Benevento, it was already being prepared during the Roman era. Nowadays, we find both the soft and hard "torrone", which differ from each other in the methods of both the cooking of the dough, and the ratio of honey to sugar. The most famous "torrones" are the soft chocolate version from Sulmona and the classic "torrone" from Cremona.

The Christmas period ends on the 6th of January with the Feast of the "Befana".
Befana is represented as an old woman with a hump and a hooked nose. She travels on a broom, is dressed in rags and is sooty, because she enters houses through the chimney. On the night between the 5th and 6th of January, she leaves presents and sweets for the well-behaved children, while leaving pieces of coal for those who were mischievous.

Christmas in Italy is a period rich in popular traditions and curiosities that immerse the country in a magical and symbolic time which we invite you to enjoy from North to South. 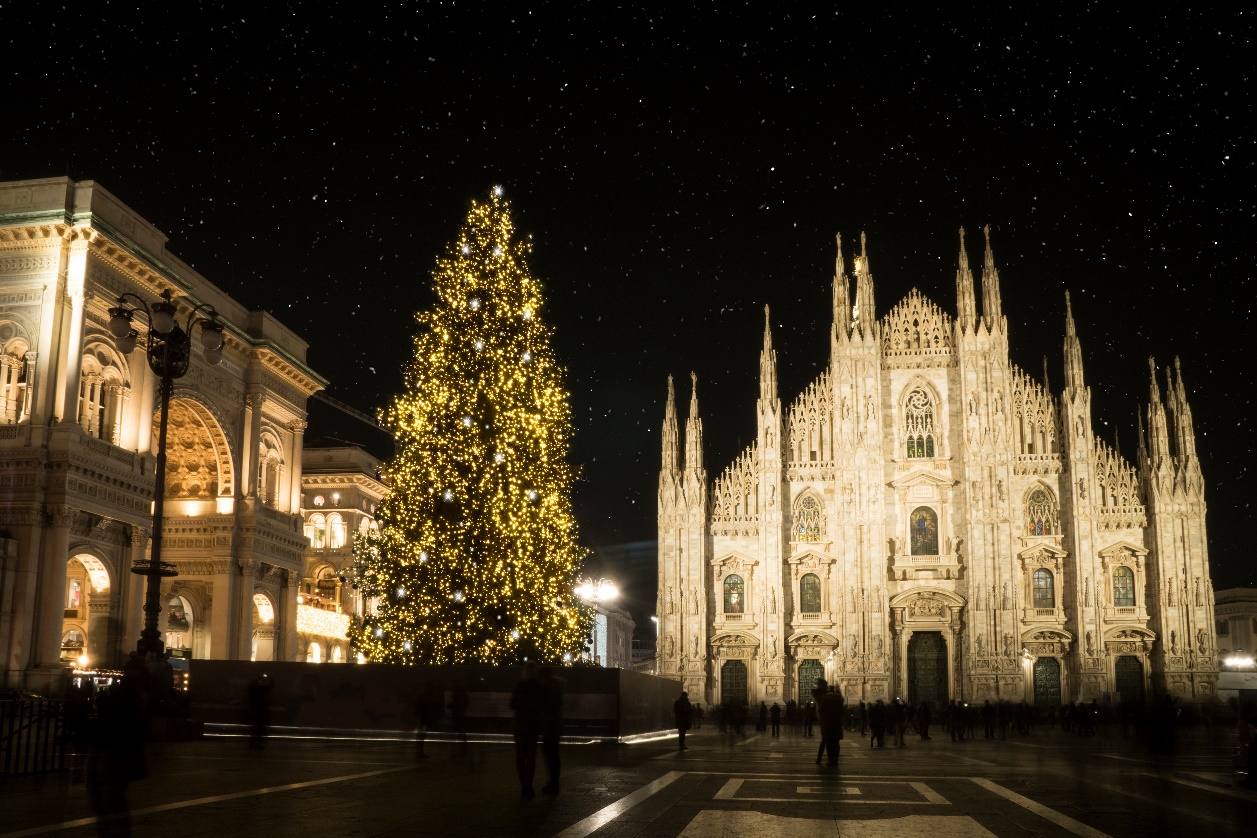