More Than a Thousand Years Old

Borislav Hitov reveals some interesting facts about the Cyrillic script.

24 May is a very special day in Bulgaria. Each year the Cyrillic Alphabet and Slavic Culture Day are celebrated in the country. The Cyrillic alphabet and the Bulgarian language have undoubtedly been the main pillars of Bulgaria’s cultural development and have also served to preserve its rich history and traditions.

The Cyrillic alphabet was created back in the ninth century, making the Bulgarian language the first Slavic language with its own alphabet.

Around the year 855 Saint Cyril (formerly Constantine) the Philosopher, created the predecessor of the Cyrillic alphabet, the Glagolitic alphabet, a completely original graphic system in which every letter stands for a single sound and the letters for sounds with similar characteristics have similar graphic designs.

The second Bulgarian alphabet, namely the Cyrillic, was created at the end of the ninth and the beginning of the tenth century and was named after Saint Cyril.

The modern Bulgarian alphabet has a total of 30 letters 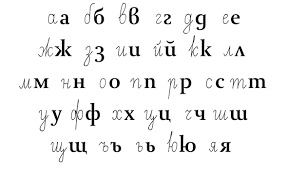 Cyrillic became the EU’s third official alphabet in 2007, when Bulgaria joined the EU. It is used today by more than 300 million people worldwide.