Legislative steps to implement the appropriate provisions for the Shareholders Rights Directive II and the Central Securities Depositories Regulation have taken place in Hungary. Moreover, the Hungarian CSD (KELER) has announced details on its new settlement system which is expected to be fully compliant with European standards.

In July, the Hungarian Parliament passed Law LXVII of 2019 on Encouraging Long-Term Shareholder Engagement and amendments of further regulations for harmonisation. The regulation implemented articles 3a-3c of Chapter Ia of EU Directive 2017/828 of the European Parliament and of the Council of 17 May 2017 amending Directive 2007/36/EC which regards the encouragement of long-term shareholder engagement. New regulation rules on shareholder identification, corporate event communication and intermediaries’ cost calculation are defined.

According to the new guidelines, certain shareholder identification information (name and contact details, company registration number, number of shares, type and class of shares) need to be forwarded by the intermediaries to the company or to a nominated third party within the timeframe and in the form set by Implementing EU Regulation  2018/1212. Legal entities providing custodian services, nominees and the Central Depository are all considered intermediaries as defined by the legislation.

The legislation also stipulates how to inform shareholders on corporate events. The timeframes and means of communication between the company and the shareholder are specified in EU Regulation 2018/1212. The company can make an exception to this rule if it has directly informed the shareholder.

Companies are allowed to outsource the communication with the intermediaries to the Central Depository, which is then obliged to forward the corporate event related data that is required by the companies.

In line with the new law, intermediaries need to make public all costs incurred in relation to shareholder identification and communication and are also obliged to demonstrate that these costs are non-discriminatory and are in proportion to the costs of services provided. Fees charged for cross-border services may exceed the costs of the domestic services, but these extra costs need to be in line with the actual additional costs incurred.

Market players affected by the new regulation – shareholders, companies, intermediaries and the Central Depository – will need to develop and implement new procedures and practices in order to comply with the new law. Market consultations and further discussions on the procedures are expected with the participation of all stakeholders, possibly within the frame of the Shareholders Rights Directive Working Group founded by the HU-NSG. The Hungarian CSD informed the market in August that it plans to carry out the developments ensuring SRDII compliance independently from the framework of the currently ongoing KELER Service Development Program (KSDP). Further details about the developments will be published by KELER by the end of September.

KELER, the Hungarian CSD, shared details of the functions and services planned to be introduced in line with the provisions of T2S and CSDR. These services will be launched within the framework of KELER Service Development Program (KSDP), which is a redesigned version of the originally planned system replacement project called SMP. KELER disclosed a service description document in July which specifies the features of the new system.

According to the information provided by KELER, the programme will be implemented in modules in order to reduce the risks of a big-bang type of launch. The planned go-live date of the first module is March 2021 and it will include all CSDR and T2S-related functions. The mandatory market tests will start in the fourth quarter of 2020.

A number of new functions and services are planned to be introduced by KELER including:

Regarding the penalty mechanism KELER will calculate, report, collect and forward penalties. Two types of penalties will be applied:

The status of the settlement instruction will be checked at the applicable market cut-off time. This status will determine the reason why the settlement did not take place in time and which party shall be liable for the payment of the penalty.

Penalties and related transaction details will be reported by 12:00 p.m. on the next business day by KELER to each participant. Reporting can happen via MT548, MT537 or through KID proprietary CSD system via semt.044 (report format or inquiry).

In line with the buy-in provisions of the Settlement Discipline if failed settlement orders are not settled after the mandatory settlement grace period, the original orders are to be suspended and buy-in is to be started with the appointment of the buy-in agent.  KELER won’t play an active role in the execution of buy-ins, it will only settle the buy-in transaction (will be handled as normal transaction with ISO code BYIY) and will receive the report on the result.  The buy-in procedure will be managed by a market participant appointed by market consensus however at this stage no information is available on the identity of the buy-in agent yet.

Further details on the planned functions and services of KELER will be included in the interface specification that is expected over the following months.

Impact on investors: The Hungarian CSD is planning to broaden its services to be fully compliant with EU regulations on SRD, CSDR and with T2S. New procedures to ensure long term shareholder engagement will be developed and new functions to prevent settlement failures will be implemented. 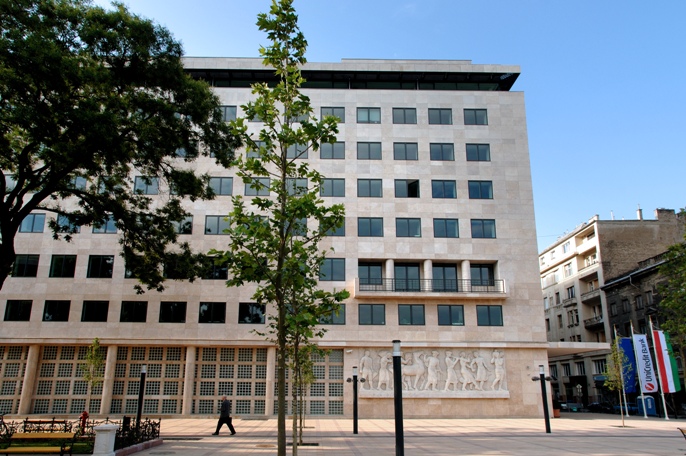